Posted at 16:00h in Planning Policy, Planning Process by admin

Frankston City Council, like many Councils have been undergoing an amendment process to introduce the new residential zones into their planning scheme. As part of that process a Panel Hearing was held earlier in the year and the Panel report with recommendations has just been released.

The Panel found that there were several fundamental flaws in the amendment. They recommended that this amendment be abandoned and that the General Residential Zone without a schedule be applied in the interim. The Panel provided a number of things to be reviewed and justified for any future amendment. Frankston Council have released the report to the public and are inviting submissions until the 1st of July 2014.  Details regarding the report and making submissions can be found here.

One issue discussed in the Panel report was the appropriateness of the proposed zones in some areas.  The basis of many of the submissions, and therefore of consideration to the Panel was whether the proposed restrictive Neighbourhood Residential Zone was appropriate. The Panel consider that the use of this zone had not been justified sufficiently and that the criteria used to make decisions on the zone have not been appropriate in all instances. In particular they were not supportive of using this zone simply because of single dwelling covenants or stormwater management issues in the area. 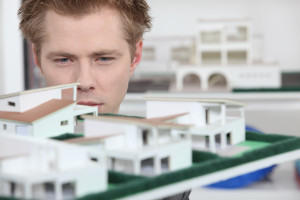 Proposed Schedules to the Zones to Vary ResCode

Much of the discussion centred around the proposed schedules to the Neighbourhood Residential Zone (NRZ) and the General Residential Zone (GRZ). In particular the Panel was concerned that there was no strategic justification provided by the Council to justify the proposed variation to the ResCode standards. The Panel stated that the introduction of the new residential zones should not be an opportunity to create new benchmarks for residential development without proper justification. Importantly the Panel did not support key changes including some of the proposed height controls, site coverage, hard surface restrictions and minimum lot sizes.

The Panel was also concerned about the limited use of the Residential Growth Zone and recommended that review and application of this zone should be progressed to provide greater certainty about where more intensive forms of development is sought. They found that the proposed rezoning of commercially zoned land known as the “Ebdale Precinct” to Residential Growth Zone was flawed and lacked sound rationale.

The provision of zoning within Frankston South was discussed. The area is proposed to be rezoned Neighbourhood Residential and a number of different schedules to the zone are proposed. The Panel questioned the various schedules and felt that the proposal would only work against existing controls and create confusion. While the Panel acknowledged that existing policy may direct minimal change to the area, the appropriate measure is to retain the existing site responsive overlays and translate the existing zone to General Residential 1 Zone. In this way the overlays will continue to direct development in the area. Any proposed rezoning to the Neighbourhood Residential Zone in this area should be done with a review of all zone and overlay provisions that apply to this area.

Rezoning of the area known as Long Island to Neighbourhood Residential Zone was not contended by the Panel, however the proposed schedule variations were not supported. It recommended that the proposed height control be amended to reflect the current control within the DDO over the area, so as not to cause confusion.

With regards to the proposed Neighbourhood Residential Zone along Nepean Highway (areas west of Kananook Creek in Seaford) the Panel found that the area does not display the characters described in the NRZ (predominantly single and double storey and to limit opportunities for increased development). They found that the GRZ would be a more appropriate zone to reflect the existing built form and design directives for this area.

It was submitted to the Panel that the area to the east of Kananook Creek would be better zoned NRZ than GRZ. The Panel found no particular rationale to support this, particularly given they do not support the proposed NRZ to the west of the creek and recommended that it remain in GRZ.

The final area that was considered by the Panel was the proposed rezoning in parts of Seaford to NRZ13 due to the existing Special Building Overlay. The Panel expressed concern that applying the NRZ to the area on top of the existing flooding constraints might make development unviable leading for further degradation in the area. The Panel pointed out that much of the area is well located to central Frankston and that part of the area is identified as an area for housing intensity in the existing local policy. No evidence was provided to support this policy shift from encouraging development to expressly discouraging it. The Panel recommended that the GRZ would be the appropriate zone given both existing development in the area and the opportunity for some more intensive housing in the area, provided the Special Building Overlay provisions are met.

Overall the Panel report clearly demonstrates that Frankston City Council have sought a significant change to residential development without sufficient research or strategic justification. There was a gap between the high level policy documents that the Council had prepared for them and how the Council then translated those into the new zones and schedules. Hopefully the Council will accept the recommendations of the Panel to abandon this amendment and carry out additional work to determine the best form of residential zones in the future.

Have any questions or ready to get started on your town planning project? Get in touch.

7 critical things you must know before planning

Get the inside knowledge on all things planning – so that you can design, build or develop with confidence! This FREE e-book will get you on track, right from the start.